ADHD is a mental disorder that impacts attention and hyperactivity. While the cause of ADHD is unknown, some experts believe it may be linked to genes and the environment. There is currently no one-size-fits-all treatment for ADHD, but various therapies and medications may help improve symptoms. ADHD and bedwetting can have a significant impact on children's social, academic, and occupational success. If left untreated, ADHD can cause anxiety or depression.

ADHD is a disorder that is typically diagnosed in childhood and characterized by problems with focus, attention, and hyperactivity. It is estimated that around 3% of children in the United States have ADHD, and while the cause is unknown, there are many possible explanations. 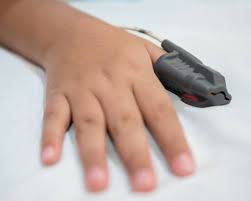 While there are many different types of ADHD, they can be treated in a number of ways. Some people recommend medication as the first-line treatment for ADHD. In some cases, this may be appropriate. Generally, doctors prescribe one or more medications that affect the brain's dopamine system to treat ADHD.

Children who have been diagnosed with ADHD and who have trouble focusing on schoolwork may benefit from low doses of methylphenidate (Ritalin), a prescription amphetamine-like medication that acts on the brain's dopamine system. While Ritalin works well for many children.